The Evolution of Trampoline Parks 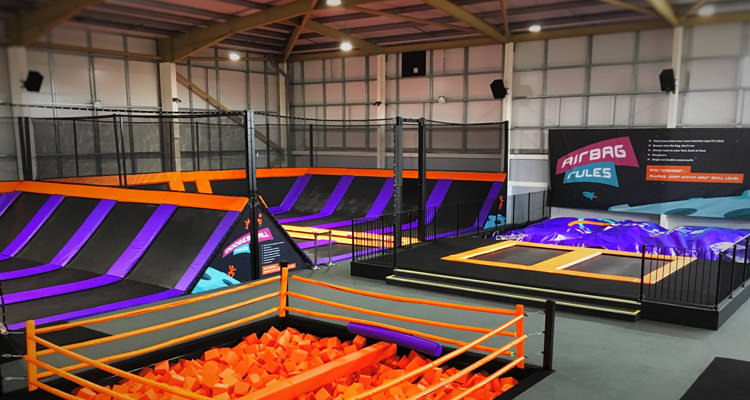 The July 2017 issue of InterFun magazine includes a special feature highlighting the rise and transformation of trampoline parks. Best American Trampoline Parks was one of a few industry experts asked to share their thoughts on the rapid evolution of the trampoline park industry.

The interview begins with the introduction of Larry Howell, BAT’s founder, then moves towards the transition of the company from Larry to his eldest son, BAT President and CEO Phillip Howell.

“Best American Manufacturing Corporation was founded in 1978.” said the company’s Marketing Director, Erica Mercer. “At that time, the company manufactured track and field equipment, gymnastic and stunt matting and commercial-grade residential trampolines. Phillip Howell, the eldest son of the founder, Larry Howell, was introduced to the business at an early age and assisted in all aspects of the business.”

“Around the time Phillip was entering college, Larry decided he was ready to get out of the business and pursue other passions. After spending some time in the corporate world, Phillip decided to put his knowledge and experience passed on from his father to start up Best American Trampoline Parks, a full-service design, production and consulting company for indoor trampoline parks.”

The article also includes how Best American Trampoline Parks has evolved over the past 39 years, discusses the first BAT trampoline park, Xtreme Trampolines in Carol Stream, Illinois, the journey that the trampoline industry has experienced over the last 10 years and how trampoline parks have contributed to less “screen time” and more active fun the whole family can enjoy.

Reprinted from the July 2017 issue of InterFun magazine.